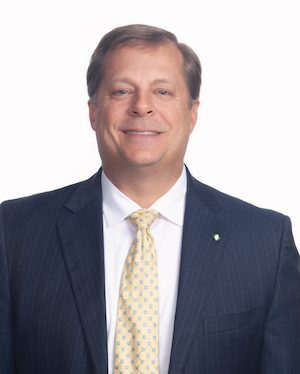 We are pleased to announce the recent promotion of David Straessle to Regional Chairman of our Central Arkansas Market.

David Straessle started his career with Relyance Bank in September 2014 as the President of our Central AR Market, bringing twenty-two years of prior bank management experience with him. Prior to starting his banking career, Mr. Straessle earned a bachelor's degree in Finance from the University of Arkansas at Little Rock. During his career, he has attended and graduated from the National Commercial Lending School, American Bankers’ Association Stonier Graduate School of Banking, and the University of Pennsylvania’s Wharton Leadership Program. He is a past Leadership of Greater Little Rock graduate and past chairman of the Boys & Girls Clubs of Central Arkansas.